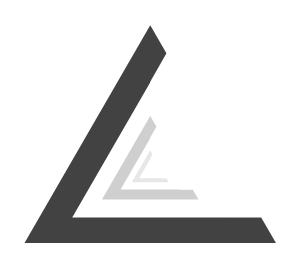 I discovered Faith on tiktok, she speaks very openly about her illness: POTS. Faith is 19 years old and is studying to become a high school teacher. She was born and currently lives in the United States.

POTS is a disease that affects nearly 500,000 people in the United States, and typically occurs in women (80 to 85% of cases). In a simple way, it is called POTS (Postural Orthostatic Tachycardia Syndrome) or STOP (Syndrome de Tachycardie Orthostatic Postural) in French.

The associated symptoms are as follows: blurred vision, tremors, insomnia, high and low blood pressure, tachycardia, the most recurrent symptom remains loss of consciousness (malaise, fainting) when the person with POTS gets up.

Faith suffered her first episode of POTS during her freshman year of high school, and was misdiagnosed with non-epileptic seizures. After that, she began to faint often, so she went to see another doctor and then a neurologist who carried out more tests.

Following a cardiac monitoring examination, she was first diagnosed with neurocardiogenic Syncope.

The following years, she will suffer from the same symptoms as her first year of high school such as dizziness, very high heartbeat, chest pain, numbness in the left arm, heavy legs, headaches. She then decides to go see an electrophysiologist who will have her do another cardiac monitoring. The electrophysiologist will diagnose her with POTS.

Faith explains to me in her own words that POTS is characterized by all the symptoms stated above, it is an autonomic dysfunction: her circulatory system does not work as it normally should, which causes the various symptoms suffered during from his high school years. Basically, the fainting is due to the fact that the first 10 minutes after she stands up, her heart can reach more than 30 beats per minute which is too high. This therefore causes fainting, the blood no longer circulates properly. Generally, she feels the crisis coming thanks to the different symptoms.

“Every time I pass out I have warning signs ranging from chest pain, dizziness, nausea, heavy legs, tingling around my mouth, headache head and numbness in the left arm”

I asked Faith if the doctors had been able to explain to her what had caused this syndrome:

“There are several things that can cause this and we are not 100% sure. We think it may have been due to too much adrenaline or the nerves in my legs not being strong enough to circulate blood properly through my body.

The question that immediately challenged me is how those around him experience STOP on a daily basis.

“Well, at first it took some getting used to. It’s still scary even today but we’ve all learned to handle it better and we’re pretty much pros now.”

As explained above, during high school, in addition to Faith’s syndrome, she had to face medical wandering and the fact that she was not taken seriously.

“I was gaslighted by the doctors. For a very long time they told me what I was going through was all in my head and that I needed therapy.”

Beyond the STOP, Faith remains a very lively and optimistic young girl who has always known how to keep her faith. She tells me that she loves to paint, sing, watch movies, photograph landscapes, especially sunsets. She also really enjoys shopping with her sister and making videos.

She is quite active on TikTok but also on Instagram, where she explains and films her daily life, I urge you to follow her to learn more about this syndrome: @thedysautonomialife

Discover the project
Contact me
We use cookies on our website to give you the most relevant experience by remembering your preferences and repeat visits. By clicking “Accept All”, you consent to the use of ALL the cookies. However, you may visit "Cookie Settings" to provide a controlled consent.
Cookie SettingsAccept All
Manage consent

This website uses cookies to improve your experience while you navigate through the website. Out of these, the cookies that are categorized as necessary are stored on your browser as they are essential for the working of basic functionalities of the website. We also use third-party cookies that help us analyze and understand how you use this website. These cookies will be stored in your browser only with your consent. You also have the option to opt-out of these cookies. But opting out of some of these cookies may affect your browsing experience.
Necessary Always Enabled
Necessary cookies are absolutely essential for the proper functioning of the website. These cookies provide basic functionality and security features of the website, anonymously.
SAVE & ACCEPT